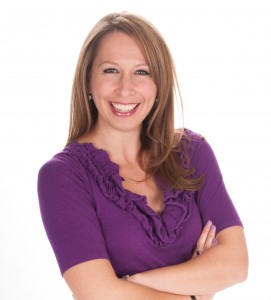 Originally from Champaign, IL, Natalie earned her degree in Musical Theatre from Ball State University. After graduating, Natalie moved to New York City where she worked as an actor and teaching artist. She continued her training in improvisation with the Upright Citizens Brigade Theatre and Freestyle Repertory Theatre. Natalie performed for three years as an ensemble improviser for Freestyle Repertory Theatre, reaching more than 75,000 students each year through performances, workshops and residencies in New York City, New York State, New Jersey and Connecticut.

In 2005, Natalie toured with Cathy Rigby and the cast of Peter Pan, facilitating the StudentsLIVE educational workshop, “You’re Flying”. For StudentsLIVE, she also conducted pre-show master classes for the Broadway productions of Rent, Phantom of the Opera, Hairspray and Spamalot. She has also been an acting and improvisation instructor at the Beginnings Theatre Workshop, in upstate New York and a creative movement instructor for Wingspan Arts.  She also taught drama in several New York City public schools including PS 150, PS 188, PS 122.

A highlight of Natalie’s own educational experience was the Master’s program in Educational Theatre at New York University. While at NYU she had the opportunity to study mask, physical theatre and the work of Augusto Boal in San Juan, Drama in the Classroom through a partnership with the Unicorn Theatre in London as well as Community-Engaged theatre in Dublin.

In Chicago, Natalie continued to work towards her commitment to enriching education through drama as the Education Director for Victory Gardens Theatre, as a teaching artist for Skyline Studios and Beacon Street Theatre and as a performer.

Natalie is excited to bring her enthusiasm for the arts, education, community building to Champaign-Urbana through Class Act!  She is thrilled to have expert teachers, Jaclyn Loewenstein and Kat Downs leading the charge at Class Act as she is currently living and working in Chicago as the Executive Director of Bubbles Academy, Chicago’s premier early childhood enrichment center. 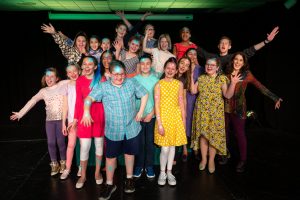